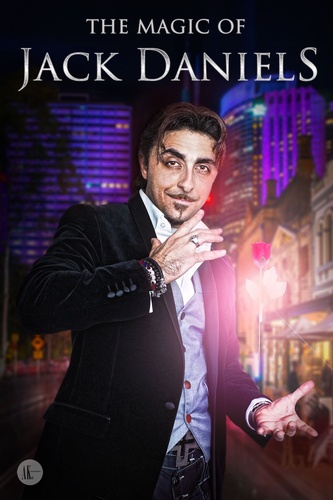 Merry Christmas from the Chamber...

Are you over 2020? Us too! So for this year’s Chamber Christmas bash, we’ve called in award winning illusionist Jack Daniels, to help us make the year disappear in style.
With a close-up (walk around) performance by Jack, the Fiddler’s fabulous 3 course meal, and terrific company, we guarantee a magical evening.
Join us at the Fiddler on 25 November for what will be, let’s face it, the most fun you’ve had all year.
● Disappear this year with illusionist Jack Daniels
● Fabulous 3 course meal and great company
● Mystery door prizes
About Jack Daniels
Jack Daniels has been consulting, creating and performing Magic and Illusions for over 20years. His performances and expertise in illusions have had him work with the biggest illusion production in the world known as “Illusionists 2.0”. He has performed nation wide for Heads of State, VIP’s, and enthralled audiences everywhere. He has appeared on Television shows and in commercials, and has been booked by many large corporate clients, as well as star in his own 2hr Grand Illusion theatrical production called “The Magic of Jack Daniels - The Journey”.
Event Media:

What’s on the 2021 Tax Horizon for Businesses?

Can employers insist on Covid-19 vaccination?